The Colorado River is the main attraction in the park. Because the park is located just downstream of Davis Dam, the river is clear and cool year round. Although the park has approximately two miles of shoreline and riparian areas, the majority of the park is comprised of canyons and washes. The area is rich with beautiful rock formations and scenic viewpoints. 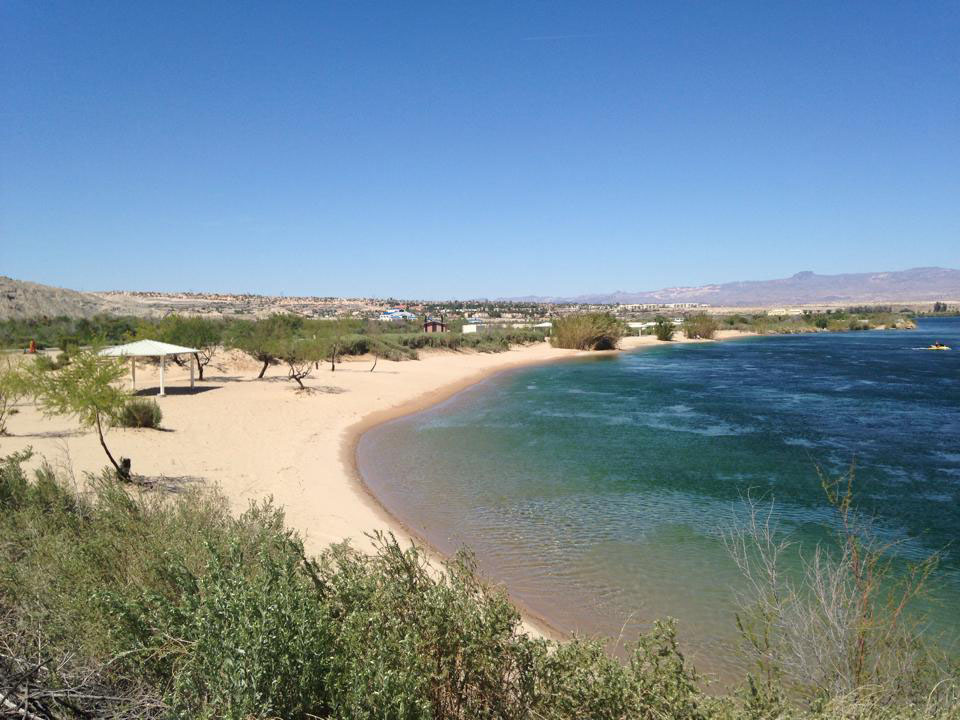 The river attracts a variety of waterfowl and shore birds including mallards, coots, herons and geese. Hawks, roadrunners, quail, hummingbirds, doves and owls are also abundant in the park. Common animals include cottontail, fox, raccoon, beaver, muskrat, coyote and an occasional bobcat or bighorn sheep. Several species of lizards and snakes inhabit the park, along with an occasional turtle by the river.

Tamarisk and mesquite are the predominate trees in the park. Visitors will also find several species of cactus.

While summer temperatures can soar to 120˚F and above, spring and fall temperatures are usually very comfortable. Winters are very mild, with temperatures rarely dipping below freezing. Precipitation is infrequent but can cause flash floods in the area.