Park will reopen on May 11

Nevada State Parks is pleased to announce the May 11 reopening of Berlin-Ichthyosaur State Park following the successful completion of an extensive roadway project. The new improvements will allow safe travel through Union Canyon throughout the year and prevent resource damage during storm events.

This large-scale project, which included restoration, resurfacing, rehabilitation, and reconstruction of roadways, will provide visitors with safer access to the park, via the Fossil House and Union Canyon roads. The roadways were widened to allow for two vehicles to pass simultaneously in most areas, and improvements include erosion control measures such as the installation of five low water crossings and a new guardrail placed along the fossil shelter road.

Visitors will also notice a new retaining wall below the Fossil House that was necessary to impede the ongoing erosion from encroaching upon the shelter. This will ensure the integrity of the building and the fossils for generations to come.

“We appreciate everyone’s patience during this extended closure,” said State Parks Administrator Bob Mergell. “This project was crucial to protecting the integrity of Berlin’s natural resources, while ensuring the safety of our visitors as they explore one of Nevada’s most treasured state parks.”

Construction is temporarily suspended due to winter weather conditions. The park remains closed, and is expected to reopen approximately 4 weeks after construction resumes. This is anticipated to be in late spring of 2022.

Berlin-Ichthyosaur State Park is closes for an extensive road improvement project. The closure isanticipated to last through the remainder of 2021..

This summer, one of Nevada’s most loved and unique state parks will receive much-needed improvements to its access roads through a federally funded grant. To ensure public safety, Berlin-Ichthyosaur State Park will be closed in its entirety during the duration of the restoration and rehabilitation project. The closure includes the ghost town, campground, picnic area and fossil shelter.

Nevada State Parks applied for and was awarded the Federal Lands Access Program grant to improve the integrity and safety of the Fossil House and Union Canyon roadways. The Access Program supplements State and local resources for public roads, transit systems, and other transportation facilities, with an emphasis on high-use recreation sites and economic generators.

The scope of work will include restoration, resurfacing, rehabilitation, and reconstruction of the above mentioned roads. The roads will also be widened to allow for two vehicles to pass simultaneously. Grading of both roads and the parking lot at the fossil house will occur. Other aspects of the work include erosion control measures such as the installation of five low water crossings as well as a retaining wall along the fossil house road. In addition, a new guardrail will be placed along the fossil shelter road.

A variety of alternative camping and day trip adventures are available throughout Nevada and can be found at parks.nv.gov. For updates on park closure status, visit parks.nv.gov/berlin

10/6/2021 UPDATE: Photos below show pictures from recent construction at Berlin. Picture one shows the near completion of the retaining wall and widening of the fossil house road.  The other pictures are shots of excavation and installation of barrier rail and Gabion Baskets/Revet mattresses, geo- fabric and waterline replacement along one of 5 low water crossings in Union Canyon.  The last photo shows another low water crossing area that has been surveyed/staked and is waiting for work to be done. 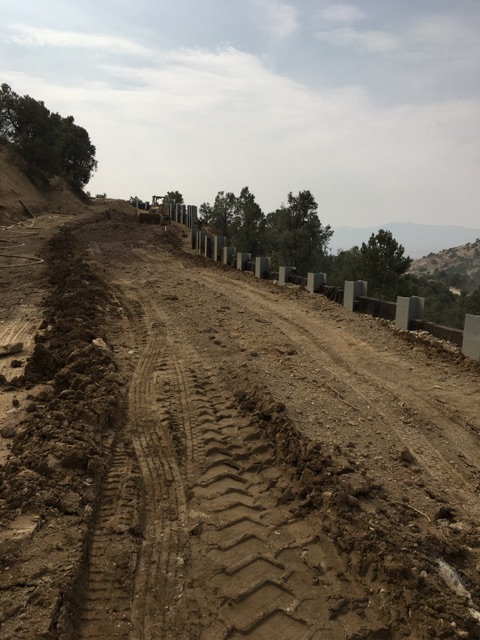 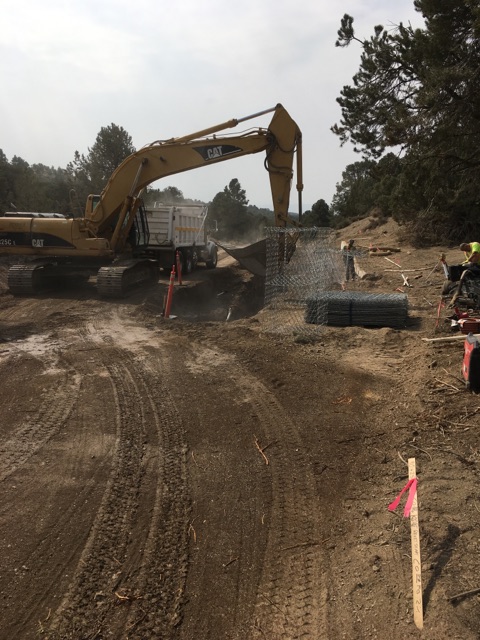 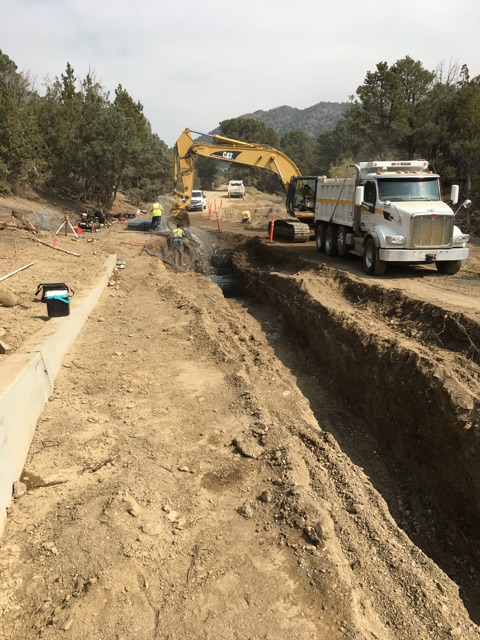 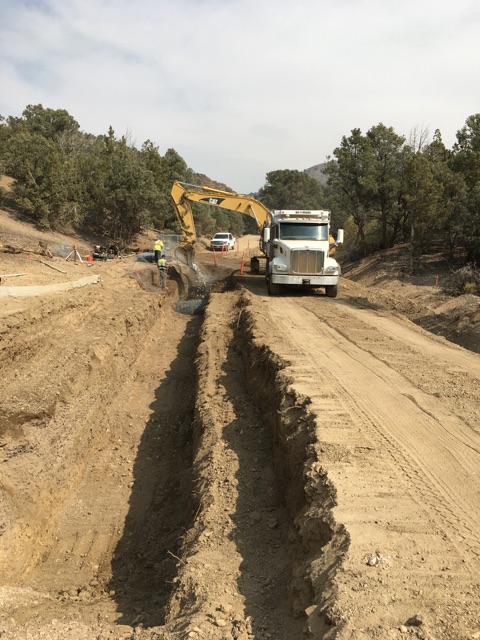 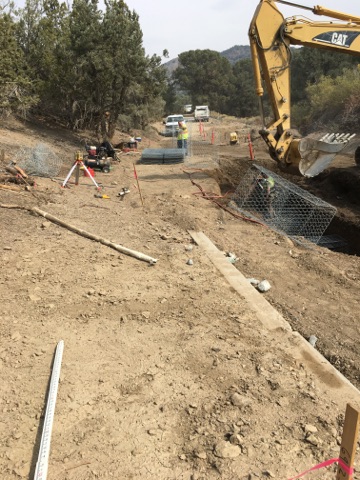 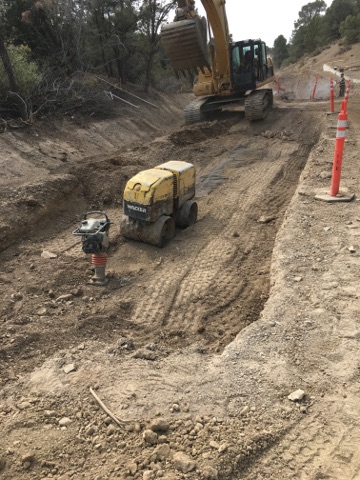 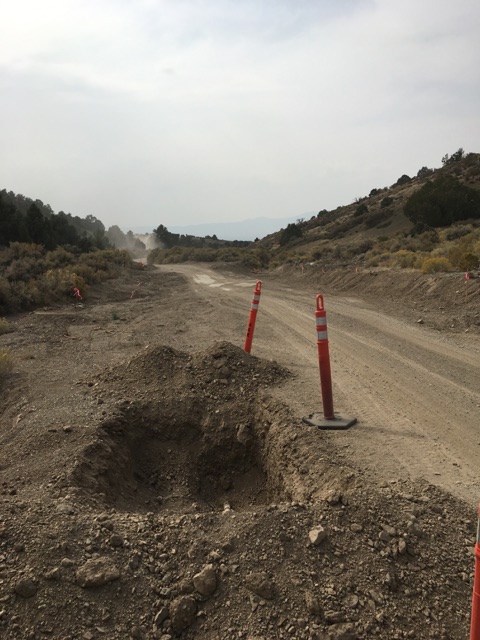 UPDATE: Photos below show progress of the road improvement project. Pictured in the photos is the installation of H-Piles which will be the support framework for the retaining wall on the Fossil House Road.  Excavation and grubbing has been done in the areas where 5 low water crossings will be installed-this also includes rivet mattress and gabion baskets. Work is ongoing and expected to last through mid-December. 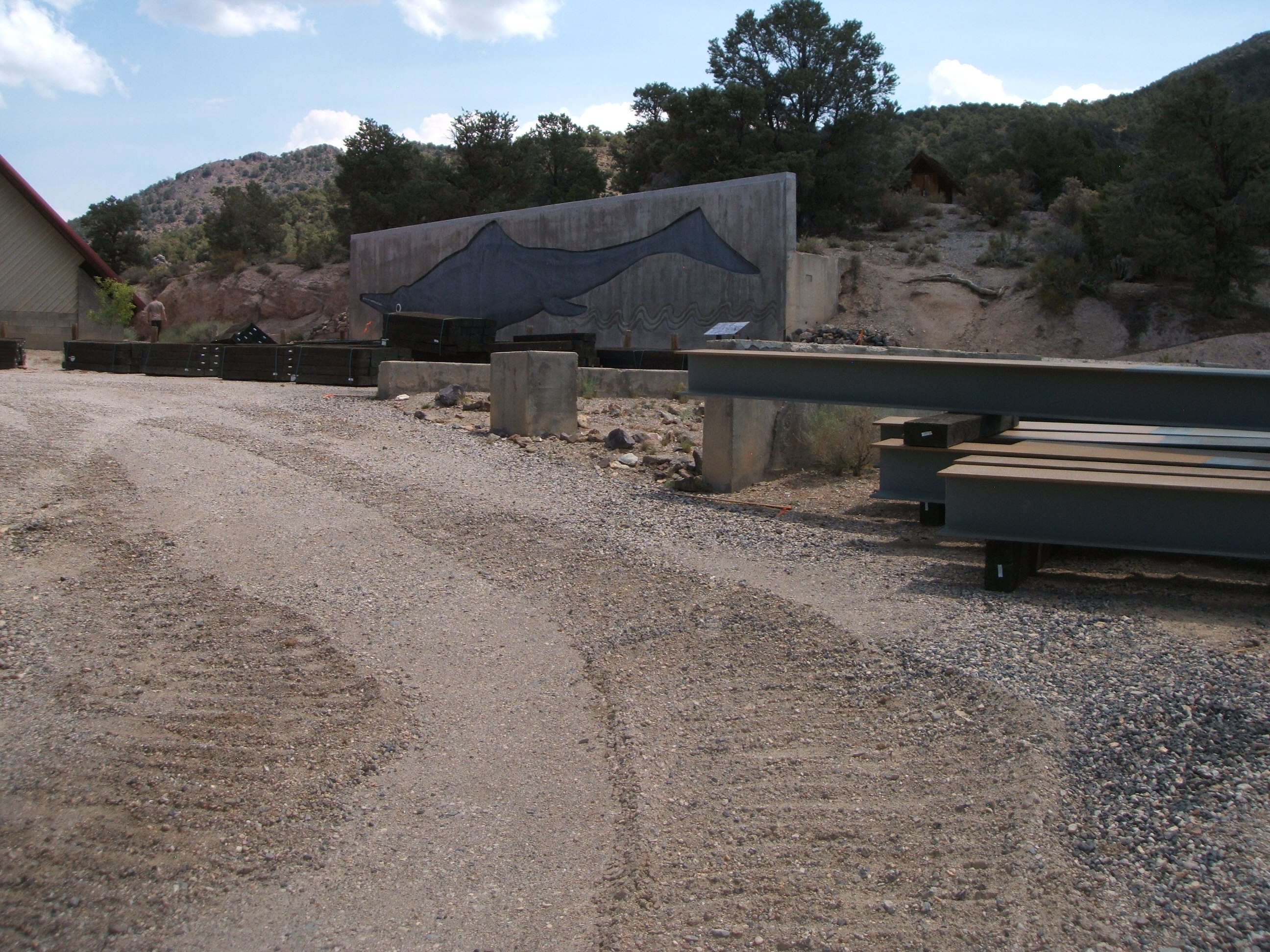 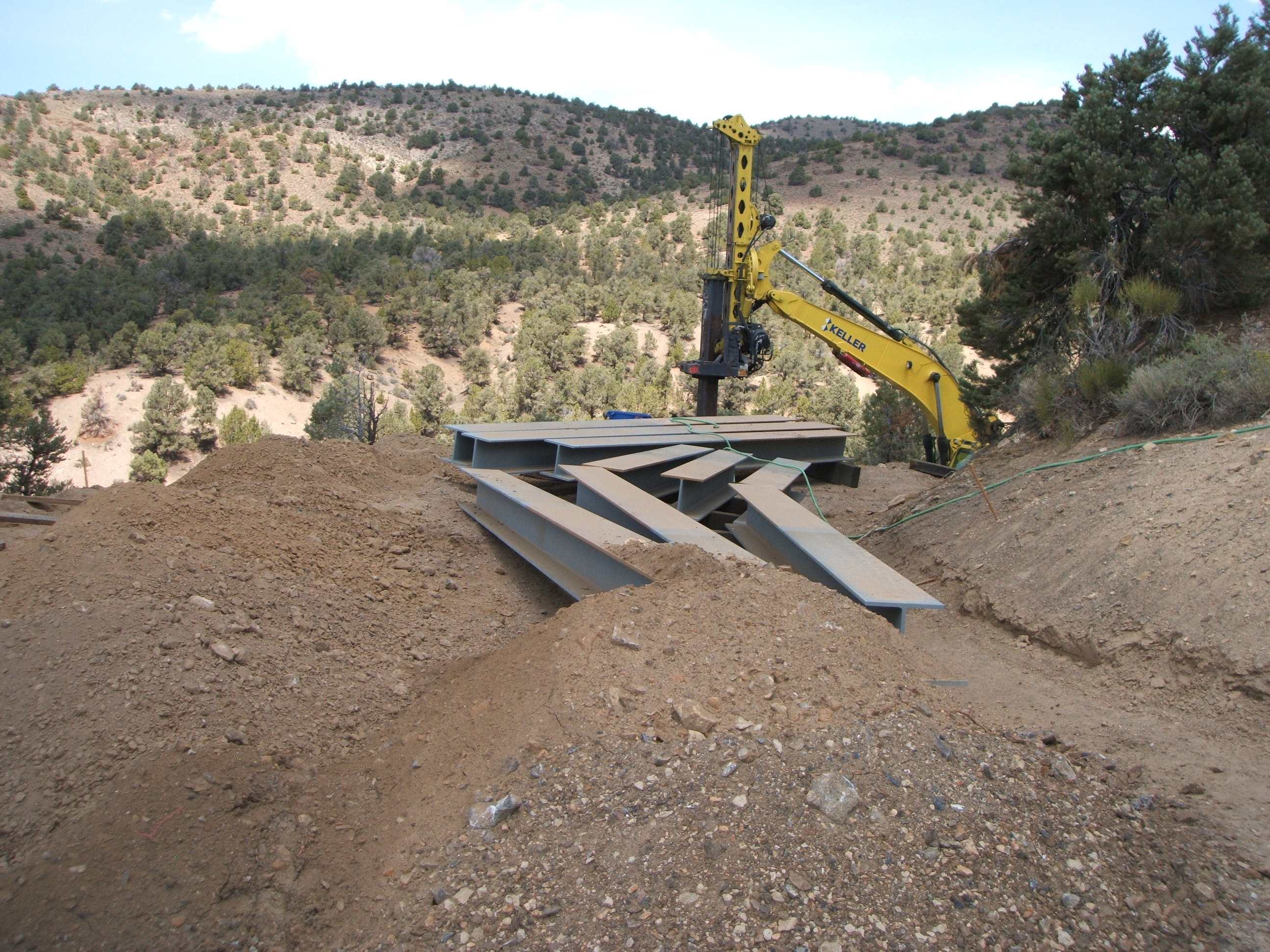 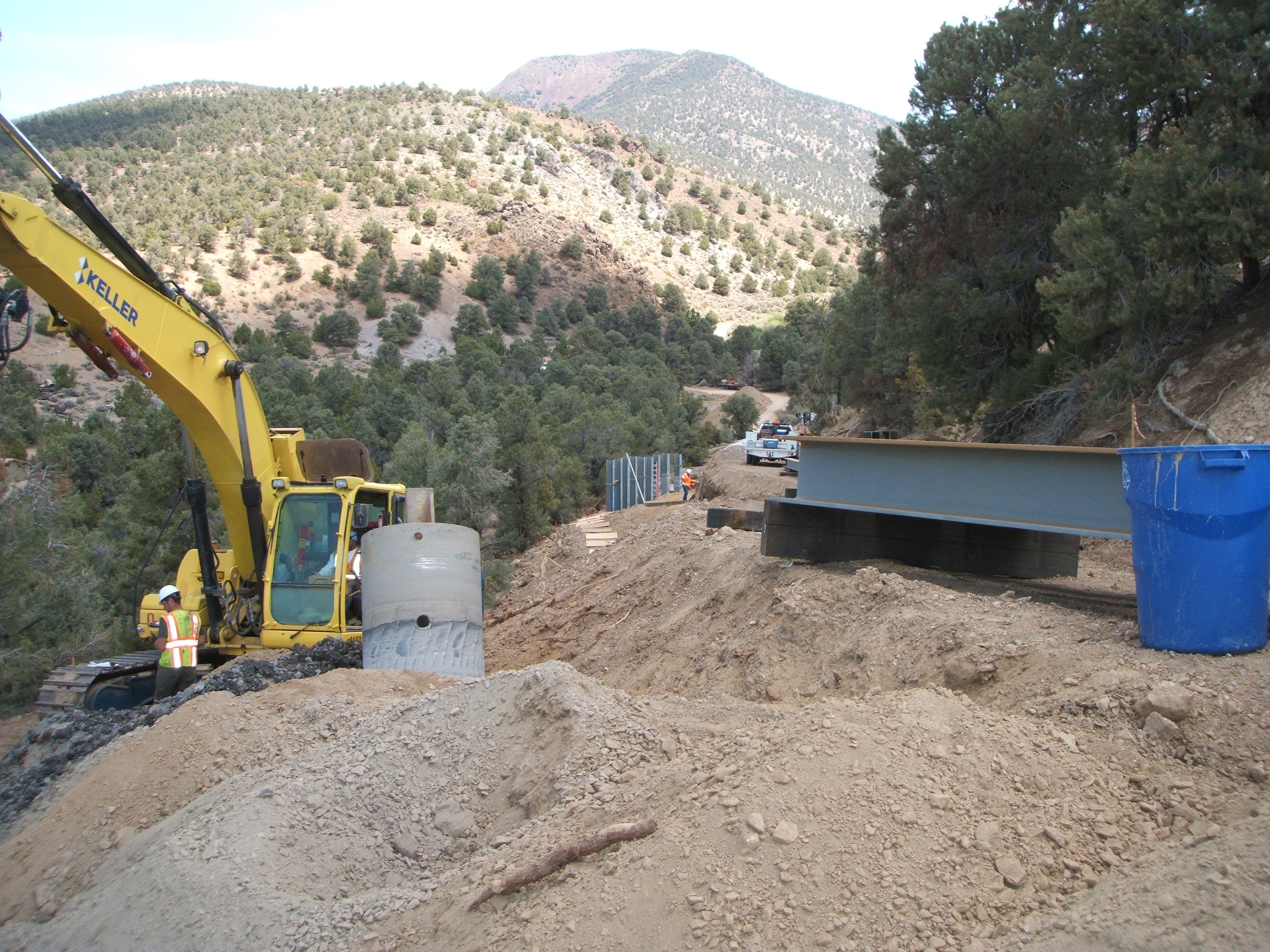 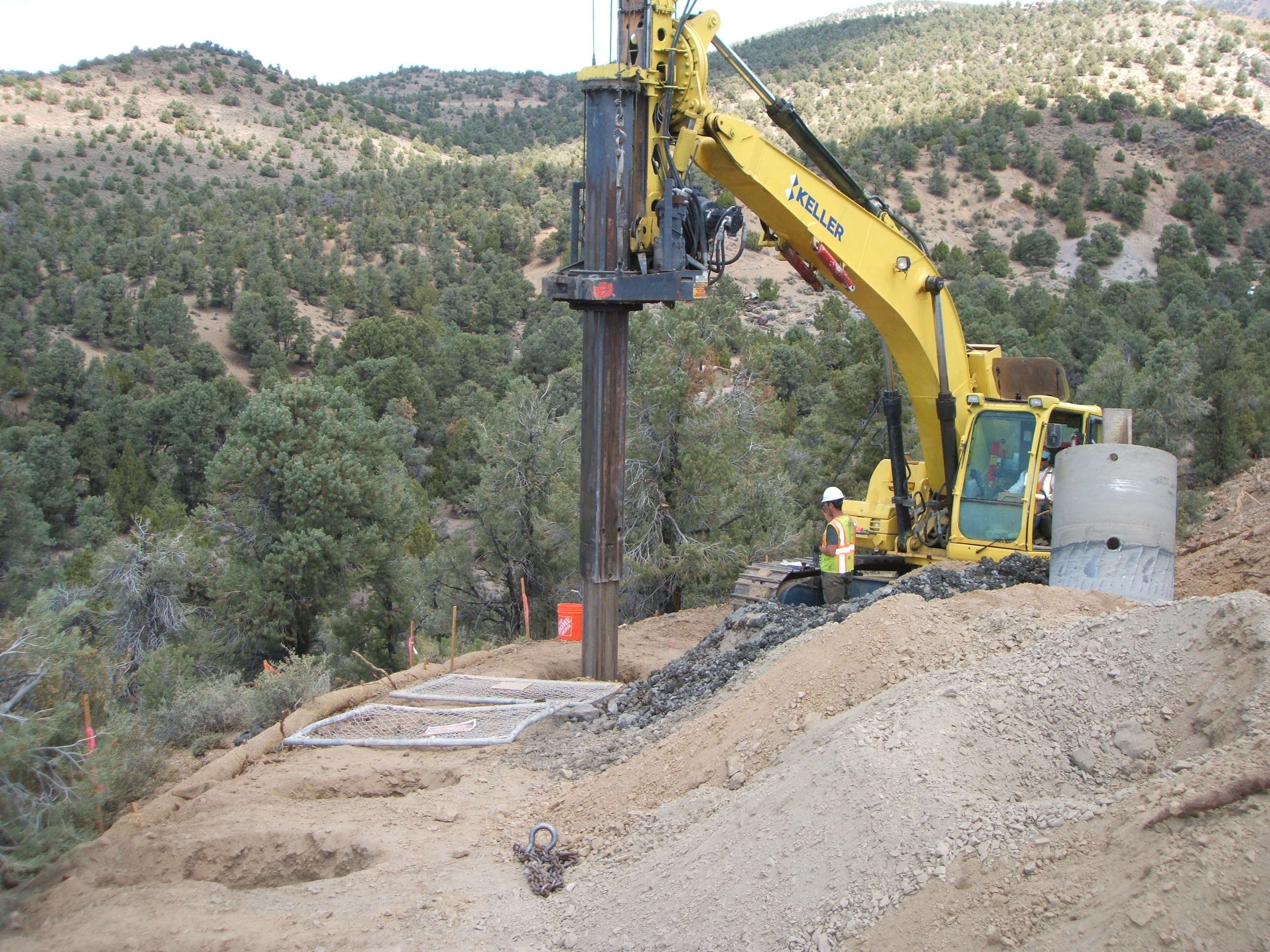 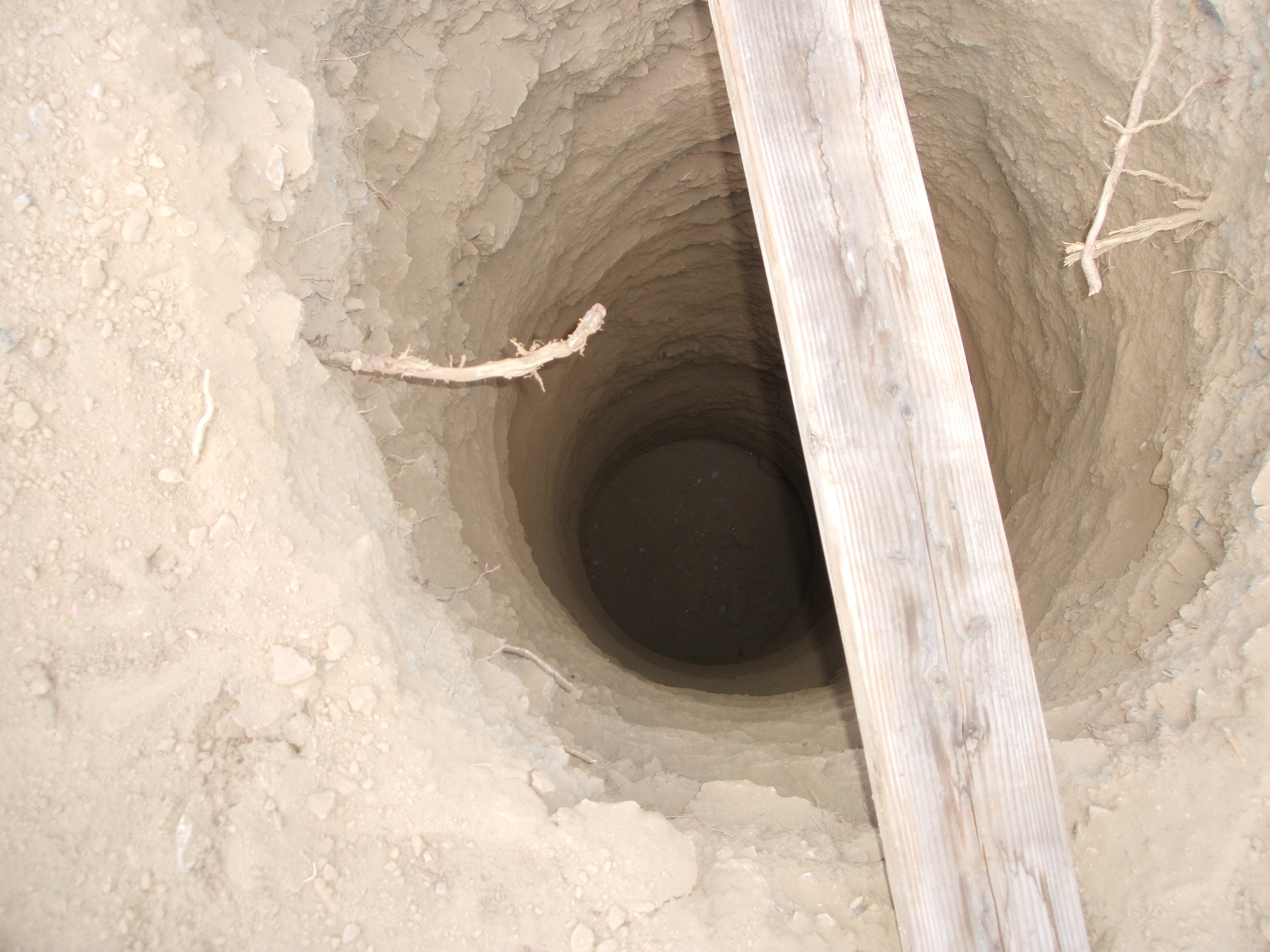 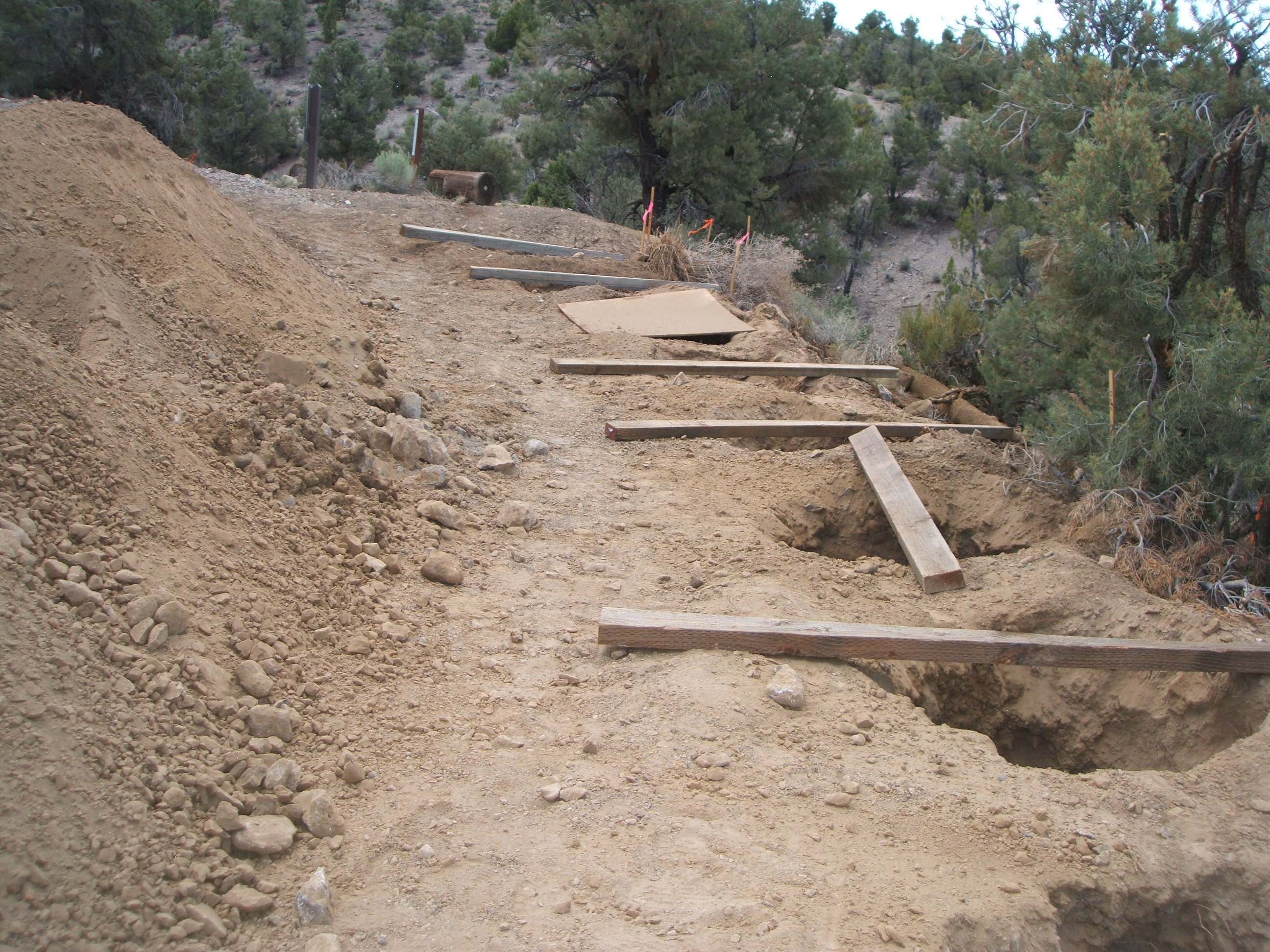 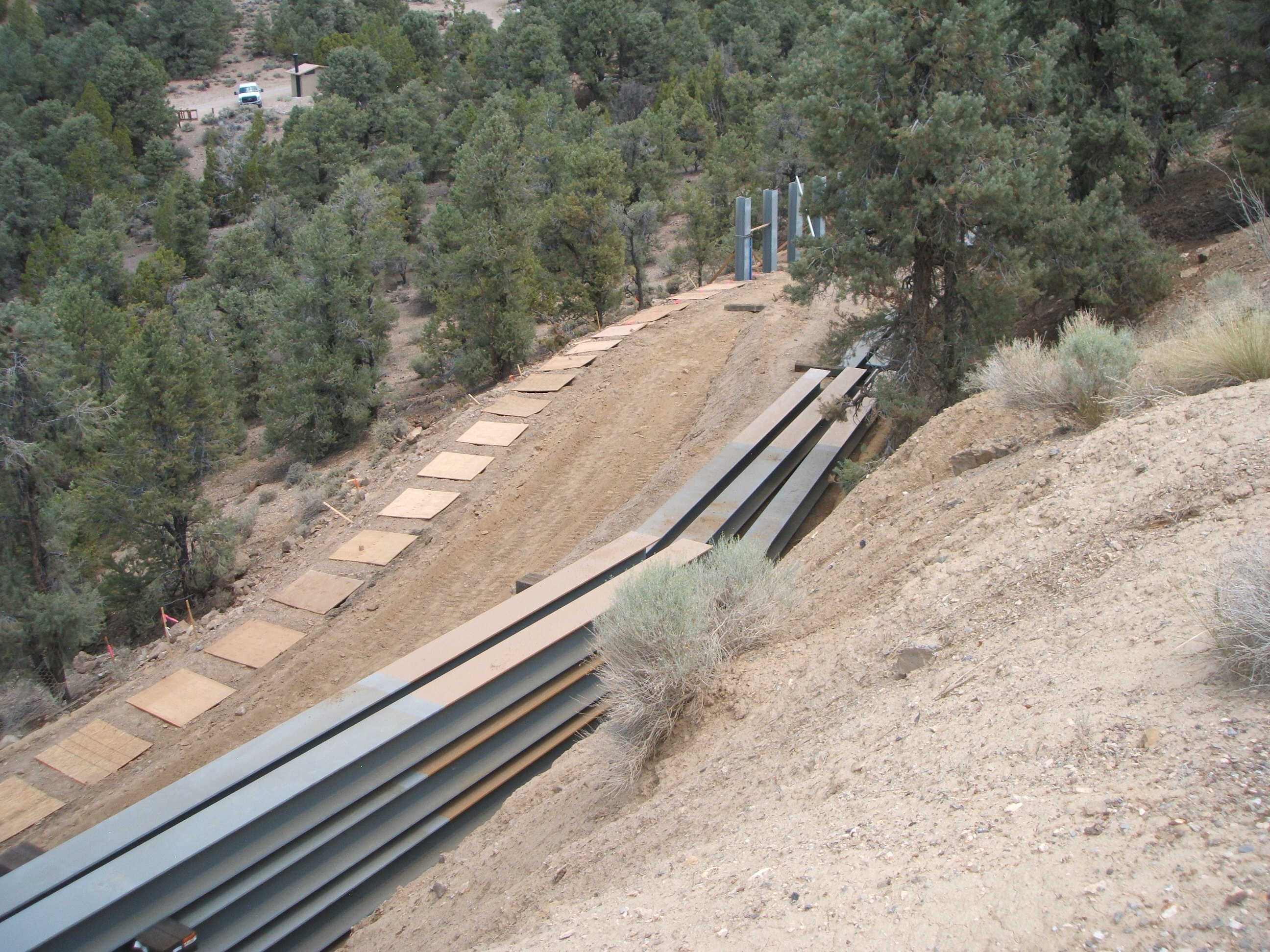 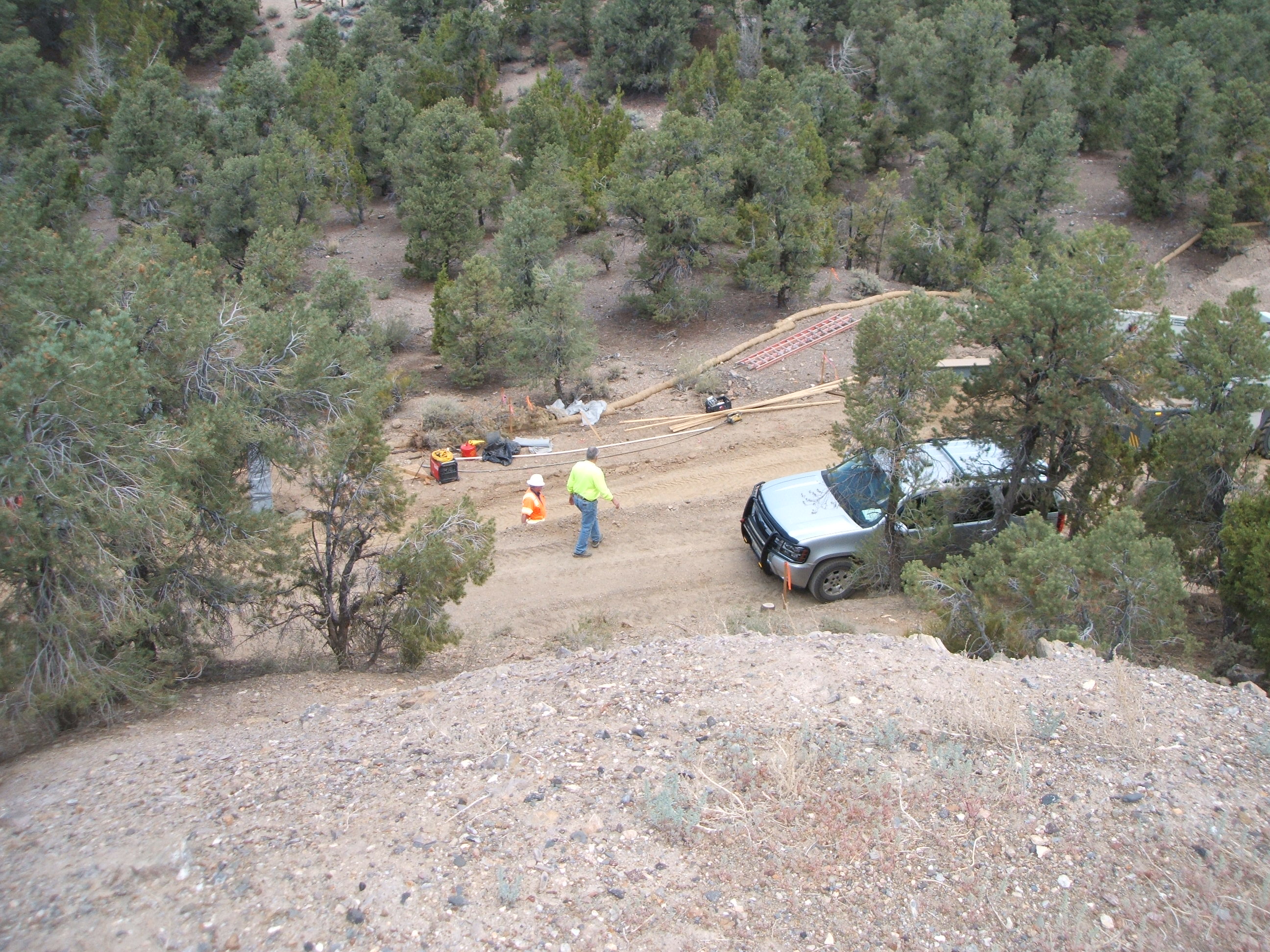 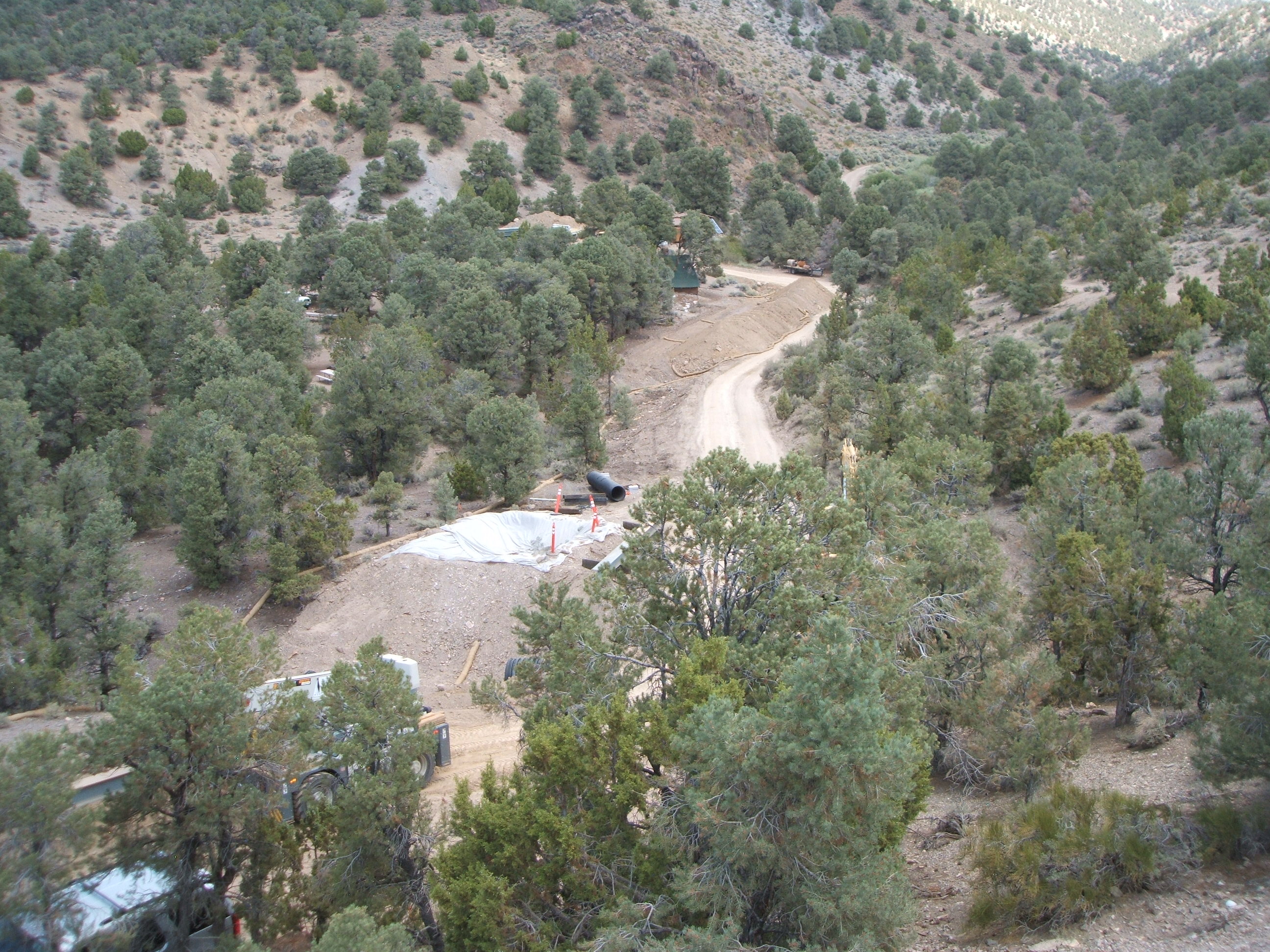 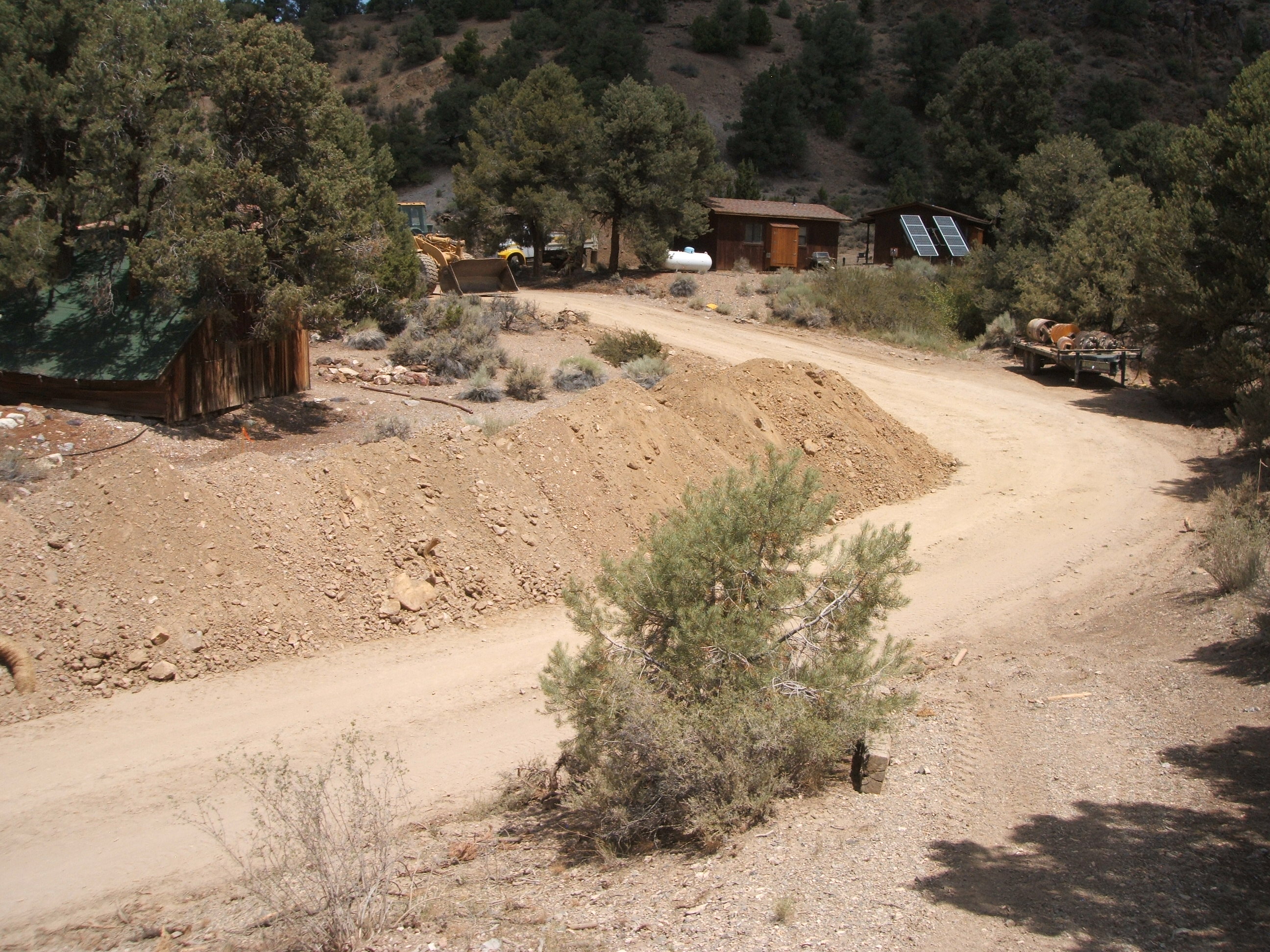 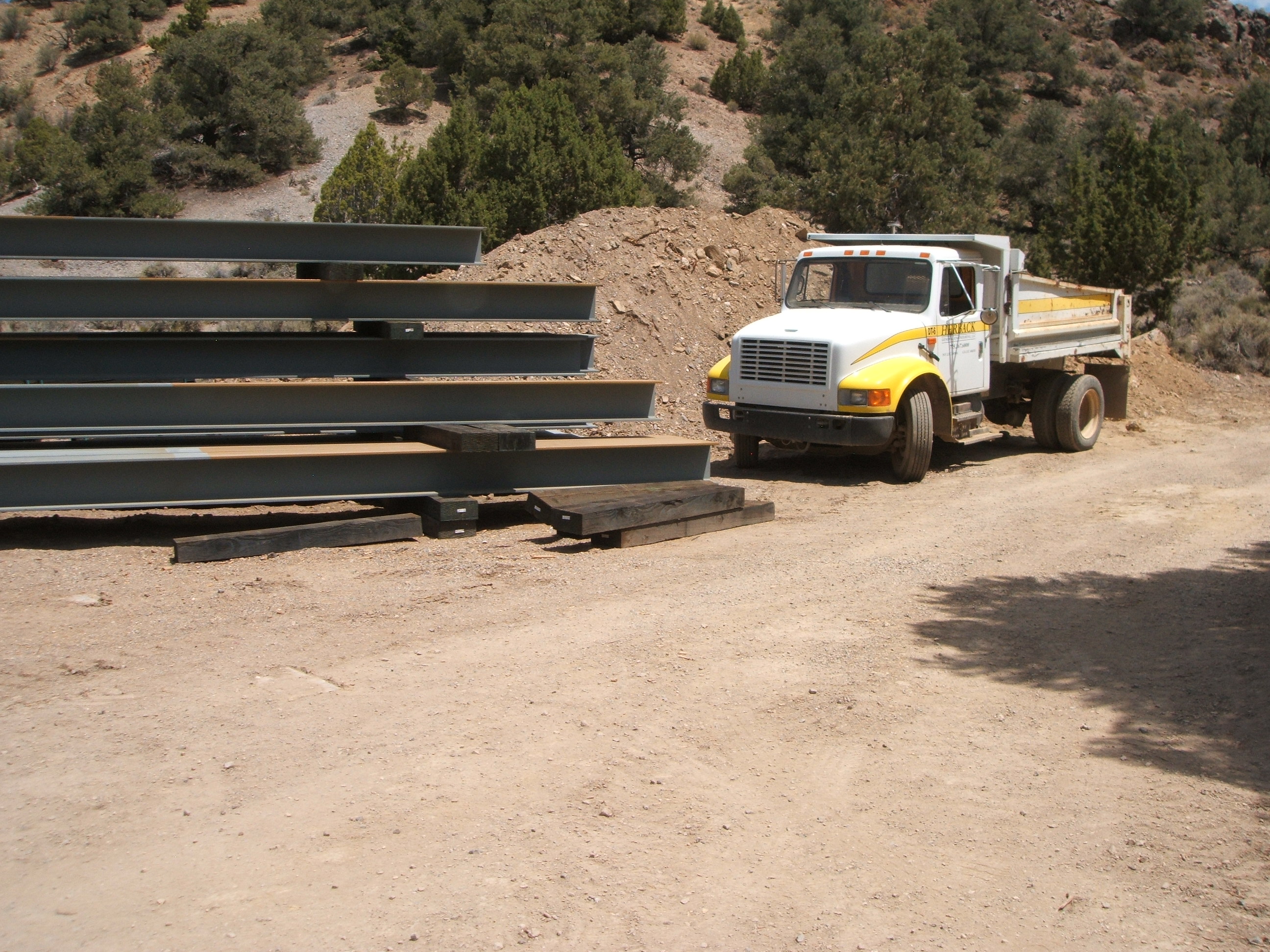